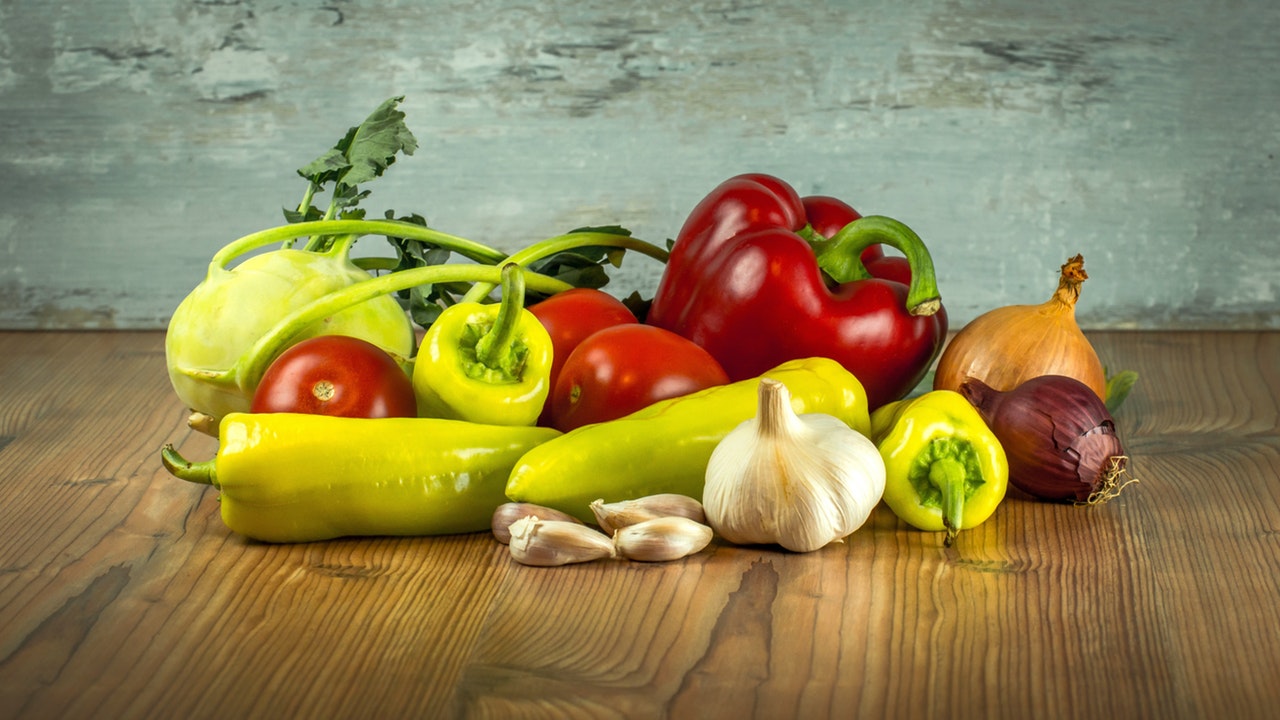 Sulfur is important for producing glutathione. Therefore, make sure you’re eating sulfur-rich proteins such as beef, fish and poultry, as well as allium and cruciferous vegetables.

Sulfur is an important mineral that occurs naturally in some plant and protein foods.
It’s required for the structure and activity of important proteins and enzymes in the body. Notably, sulfur is required for the synthesis of glutathione.
Sulfur is found in two amino acids in food: methionine and cysteine. It’s primarily derived from dietary proteins, such as beef, fish and poultry.
However, there are vegetarian sources of sulfur as well, such as cruciferous vegetables like broccoli, Brussels sprouts, cauliflower, kale, watercress and mustard greens.

A number of human and animal studies have found that eating sulfur-rich vegetables may reduce oxidative stress by increasing glutathione levels.

Vegetables from the onion family, like garlic, shallots and onions, also boost glutathione levels thanks to their sulfur-containing compounds.

Vitamin C is a water-soluble vitamin found in a variety of foods, particularly fruits and vegetables.
Strawberries, citrus fruits, papayas, kiwis and bell peppers are all examples of foods rich in vitamin C.
This vitamin has many functions, including working as an antioxidant to protect cells from oxidative damage. It also maintains the body’s supply of other antioxidants, including glutathione.


3. Add selenium to your diet

Selenium is an essential mineral and a glutathione co-factor, meaning it’s a substance needed for glutathione activity.
Some of the best sources of selenium are beef, chicken, fish, organ meats, cottage cheese, brown rice and Brazil nuts.

By increasing your intake of selenium, you may help maintain or increase your body’s supply of glutathione.

The Recommended Dietary Allowance for selenium for adults is 55 mcg. This is based on the amount needed to maximize the production of glutathione peroxidase.
One study investigated the effects of selenium supplements in 45 adults with chronic kidney disease. All of them received 200 mcg of selenium daily for three months.
Interestingly, all of their glutathione peroxidase levels increased significantly.

For most healthy adults, eating a balanced diet with selenium-rich foods will ensure adequate levels of selenium — and, therefore, healthy glutathione levels.

Your body’s production of glutathione depends on certain amino acids.
An amino acid called cysteine is a particularly important amino acid that is involved in glutathione synthesis.
Foods rich in cysteine, such as whey protein, may increase your glutathione supply.

In fact, research strongly supports this claim, as many studies have found that whey protein may increase levels of glutathione and, therefore, reduce oxidative stress.

Milk thistle supplements are another way to boost glutathione levels naturally.
This herbal supplement is extracted from the milk thistle plant, known as Silybum marianum.

Milk thistle is comprised of three active compounds, collectively known as silymarin. Silymarin is found in high concentrations in milk thistle extract and is well known for its antioxidant properties.

Furthermore, silymarin has been shown to increase glutathione levels and prevent depletion in both test-tube and rodent studies.

Curcumin, an important ingredient in turmeric, may increase glutathione levels. Although flavoring your food with turmeric can be tasty, you need the more concentrated forms of curcumin found in turmeric extract to increase your levels.

Turmeric is a vibrant yellow-orange herb and a popular spice in Indian cuisine.
The herb has been used medicinally in India since ancient times. The medicinal properties of turmeric are likely linked to its main component, curcumin.

The curcumin content is much more concentrated in the extract form of turmeric, compared to the spice.

Numerous animal and test-tube studies have shown that turmeric and curcumin extract have the ability to increase glutathione levels.

Researchers conclude that the curcumin found in turmeric may assist in restoring adequate levels of glutathione and improve the activity of glutathione enzymes.

To experience an increase in glutathione levels, you would need to take turmeric extract, as it would be extremely difficult to consume the same levels of curcumin with turmeric spice.

Chronic lack of sleep can cause a decrease in glutathione levels. Conversely, getting enough sleep on a regular basis can help increase or maintain your levels.

A good night’s rest is essential for overall health. Interestingly, long-term lack of sleep can cause oxidative stress and even hormone imbalances.

Furthermore, research has shown that chronic lack of sleep may decrease glutathione levels.

Therefore, making sure you get good, restorative sleep each night may help maintain or boost your levels of this antioxidant.

Regular physical activity, specifically cardio and weight training, may help increase glutathione levels. However, overtraining without a balanced diet and proper rest can deplete your levels.

Regular physical activity has long been recommended by physicians and healthcare providers. It’s no surprise that exercise is good for both your physical and mental health.

However, athletes who overtrain without maintaining adequate nutrition and rest may be at risk of decreased glutathione production.
Therefore, be sure to incorporate physical activity into your regular routine in a gradual and sensible way.

10. Avoid drinking too much alcohol

Alcoholism decreases glutathione levels throughout the body, especially in the lungs. People who regularly consume excessive amounts of alcohol can have an 80–90% decrease in lung glutathione.

It’s no surprise that many adverse health effects are associated with chronic and excessive alcohol intake.

Alcoholism is commonly associated with ailments such as liver cirrhosis, brain damage and pancreatitis.
While not as well known, lung damage is also an adverse effect of alcoholism. This is likely related to a depletion of glutathione levels in the lungs.

The small airways of the lungs require glutathione to function properly. In fact, healthy lungs have up to 1,000 times more glutathione than other parts of the body.

Depletion of glutathione in the lungs of alcoholics is most likely due to oxidative stress caused by chronic alcohol use.
Research has identified an 80–90% decrease in lung glutathione levels in those who regularly consume excessive amounts of alcohol.
Thus, limiting your alcohol intake may help you maintain healthy glutathione levels.

Glutathione is an important antioxidant that is primarily made by the body, but is also found in dietary sources.
Unfortunately, your levels of this antioxidant can be depleted due to many factors, such as aging, a poor diet and a sedentary lifestyle.
Luckily, you can maintain appropriate glutathione levels by increasing your physical activity, avoiding drinking too much alcohol, getting enough sleep and eating a balanced diet.

Taking milk thistle, turmeric or whey protein supplements may also help boost your levels.
At the end of the day, there are many simple and natural ways you can increase your levels of this important and potent antioxidant.