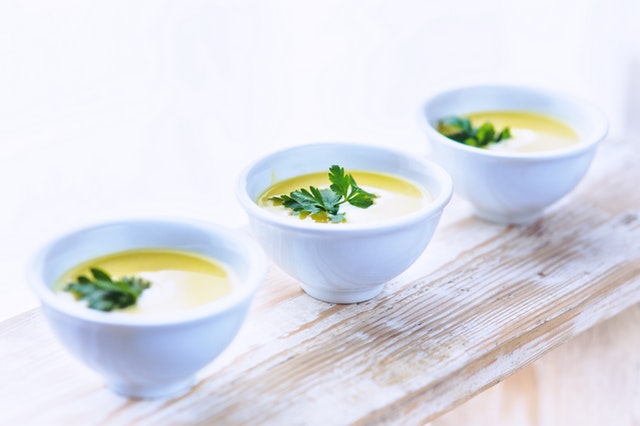 What foods deserve the name 'superfoods' and why?

Many different foods have been touted as superfoods over the past few decades and undoubtedly many more will come.
Why are we all so focussed on superfoods? Secretly, we all hope for the miracle natural 'drug' to cure or prevent heart diseases and other degenerative diseases, especially when it can compensate for other bad habits, such as smoking, drinking too much alcohol, not sleeping enough and moving too little.

In order to do away with the hype of it all, we at Pasio decided to get rid of the category of 'superfoods' and merge all edible products (fats, proteins and superfoods) into one major category called 'nutrition'.
While there is no official legal definition of superfoods, this doesn't mean there isn't a scientific basis for calling a food “super.”

According to nutritionists, a superfood is the type of fruit and veggies that packs a lot of micronutrients into each calorie and is linked with a reduced risk of chronic disease. Studies also suggest that people who eat more of them tend to be thinner and live longer than those who rarely or never eat them.
However, what type of micronutrients these are , is up for debate.

Mainstream nutritionists barely recognizes the special value of phytonutrients like resveratrol or EGCGs that protect your health and improve wellness, and therefore refuse to acknowledge beneficial aspects that are widely recognized by orthomolecular therapists.
Instead, they focus on the well known micronutrients, such as the essential vitamins and minerals.

One such general agency is the Center for Disease Control and prevention (CDC) which decided to create a list of superfoods, for which they used the term 'powerhouse fruits and vegetables', which actually comes quite close to much handier term 'superfood'.
So, let's see what superfoods they have come up with!

First off, they made a list of 15 different micronutrients as well as protein and fiber to which all foods were compared to.
The list included :
- minerals, such as potassium, calcim , iron, zinc.
- vitamins, such as vitamin A, B6, B12, C, D, E, and K
- protein, which is the only calorie-containing macronutrient that made the cut for the list of superfoods, which is logical as you can get by with almost no carbs at all and very little fat except for the essential omega-3 and omega-6 fatty acids
- fiber, to help with digestion and feel satiated sooner

Then they determined the nutrient density score for each food by taking the sum of the daily values these foods provided per 100g of food for each of the 17 micronutrients.
This calculation was done in a very peculiar way: even when a food item would contribute more than 100% of the daily value of one particular micronutrient, that value was capped off at just 100%. No matter if it had twice or three times the DV, its value would never exceed 100.
This was apparently done to prevent having 'unbalanced' foods which provided a great amount of one micronutrients but barely anything of another, making it to the top of the list. After all the math was done, this resulted in a score that was expressed as a % point.

The number one winner on the CDC’s powerhouse list? A green you’ve probably eaten without even knowing its name: watercress.
Yup, a food item that weighs next to nothing but is packed with vitamins and minerals plus fiber.
The word 'nutrient density score' already says it all: the mean of percent daily values (DVs) as provided by 100 g of food, expressed per 100 kcal of food.
That's why foods with low calorie value but relatively high micronutrient score all end up at the top of the list (spinach, watercress, chicory, beet greens, lettuce) and the heavier, more calorific foods at the bottom (grapefruit, sweet potatoes, leek), which is barely a fair comparison as you'd be hard pressed to eat say 200g of beet greens, while it is very easy to eat more than 200g of sweet potatoes!

CDC does acknowledge, they didn't do a great job by excluding phytonutrients, but they defend their choice because it is very difficult to create a reliable numerical number.

Their table of 'superfoods' or 'powerhouse fruits and vegetables contains

Now we've got a list of what is a superfood according to data-hugging nutritionists, let's see what superfoods are truly popular and worthwhile when we look at them with a more holistic view and don't just focus on vitamins and minerals nor put such a heavy emphasis on calorie density, but look at antioxidants and edibility too, so there is a better chance you actually end up consuming all these precious micronutrients!

One such food is kale, which is actually on the upper part of the list above, apparently because people were starting to get bored of eating broccoli all the time.
Kale, an anti-inflammatory veggie with lots of fiber, is gaining popularity because of its versatility. You can consume kale in a variety of ways. You can put kale in a juicer or sauté it with garlic for a side dish. Or you can put vinegar on kale and have it as a salad.
You can even make crisps from them, yes really!

Another equally versatile food is quinoa, a high-protein grain as well as a good source of iron, zinc, vitamin E, and selenium. It can be eaten as a carb source or even as a salad instead of using greens. Very similar to qunoa is another ancient grain, amaranth.

Many types of berries are making the superfoods list. Açai berry juice has surpassed pomegranate juice in its popularity, and is being sought after as a cholesterol-lowering beverage. As for other berries, the blueberry is a perennial favourite among many, even though it can be quite costly. Don't be afraid to reach for them in the freezer section of your supermarket, as frozen berries are not just cheaper, but fresher, too!

Chia seeds and flax seeds make it to the list of superfoods because they have a high natural omega-3 fatty acid content. While they don't contain the animalic omega-3 (alpha linoleic acid), people that don't eat fatty fish often enough, may make do with a more frequent intake of either chia seeds or flaxsdeeds.
Chia is high in fiber and a great choice for smoothies.
While the valuable omega-3 fatty acids in chia can be more readily absorbed by the body once they are mixed into a smoothie, flax seeds need to be ground if you want to reap the advantage of their omega-3 content.

A fairly new arrival on the list is mustard green, which is also included in the list above. Mustard green is popular because it is a good natural sources of vitamin K as well as a rich source of sulforaphanes and helps the body get rid of bile acids. Since bile acids are used by the body to make cholesterol, the hypothesis is that less bile acid in the body results in less cholesterol being made.

Avocados is popular because it is considered to be a source of healthy fats and a suitable substitute of mayonaise. For us, they are mainly bright additions to salad dishes, but personally I'd rather eat olives, which are also always ready to eat and don't need to be eaten in just 2 sittings.

It took a long time, but by now coconut oil can be found everywhere. And for good reason as coconut oil can help bolster your body against viruses and bacteria that can cause illness. It can also boost thyroid function and blood-sugar control, aid with digestion, reduce cholesterol, and keep weight balanced.

Fermented foods in general are increasingly popular making the rounds, too, ranging from the very common yoghurt, pickles and Sauerkraut to kefir, tempeh and the even more exotic kombucha and miso soup.

While technically not a food but a beverage as it doesn't deliver any macronutrients, green tea is another superfood which has many beneficial health effects among which easier fat loss. Meanwhile, green coffee offers some of the same benefits so it is also well worth checking out.

Finally, moving into 'grandma' territory, broth is gaining popularity, both as a superfood as well as a gourmand slowfood.
Actually, we need to go way further back than our grandmothers as bone broth may quite possibly be one of the oldest meals on record, reaching back as far as the stone age. Bone broth is very easily digested and also contains immune-optimizing components.
Bone broth has especially gained popularity among athletes, since bone broth contains components of cartilage that may help your body make cartilage. While in the past, some have used gelatin supplements to support muscle growth and recovery from grueling workouts, bone broth can be considered as the 'raw food version of a gelatin supplement.'

What will be the next hot thing? Probably turmeric, as turmeric has such major anti-inflammatory and anti-carcinogenic properties. Unfortunately as a spice, it is very poorly absorbed by the body, which is why taking it as an extract in a food supplement is actually a better idea, especially in an enhanced formula that further improves on absorption.
If you insist on upping turmeric intake as a spice, eat it with fats and add pepper to your (Indian) meal as well. Be aware that turmeric is one of those spices, that makes your body exude a particularly nasty odour, which makes garlic breath pale by comparison.

Other candidates are mint because it helps with digestion and allergies and spiruliana which like chlorella is an algae, chockful of micronutrients and protein, too.

What can you do if you can’t afford to pay for some of the pricier superfoods?

Our recommendation is to simply eat any variety of fruits, vegetables, eggs, walnuts, and yogurt. Antioxidant-rich foods include a variety of peppers, berries, and anything rich in vitamin C, such as oranges, and grapefruits, or rich in vitamin A, like carrots. Practically everything in the produce department is a superfood.

Yogurt, which is widely available and inexpensive, is one of the most nutritious superfoods. Yoghurt is an excellent source of calcium, fat, and protein, and it fills you up. You can add fruit or walnuts and have a good mini-meal.
While most people choose yoghurt for breakfast, I would recommend eating eggs (with beans!) instead and eat yoghurt as a night-time meal since it is lighter on the stomach, yet is broken down slowly.
Apart from Greek yoghurt, skyr, which is another type of yoghurt is becoming popular very quickly. Skyr is an Icelandic yoghurt on 'roids' because it it is super dense with twice the protein content, making it very similar to Quark, but without the infamous chalky grittiness of quark and more beneficial probiotics.
And of course, bone broth is still a very inexpensive type of food, especially when you make it yourself, but you can also buy it readily made if you lack the time or patience to make it yourself.

There will always be a new, hot and happening superfood but there are precious micronutrients in every fruit and vegetable, so it is recommended to eat a wide variety of them, especially the brightly colored ones like blueberries, or dark leafy greens like spinach.