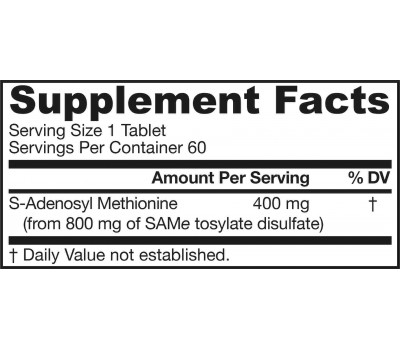 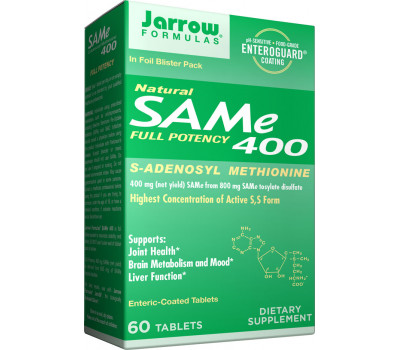 Jarrow Formulas SAM-e 400mg 60 tablets :SAM-e is an amino acid derivative clinically proven to benefit brain, liver and joint function. Found in all living cells, SAM-e is called “activated methionine”, formed by the combination of ATP and methionine. Methionine supplementation, however, does not elevate SAM-e. Rather, it elevates toxic homocysteine.

storage
store in a cool, dry place.
keep out of the reach of children