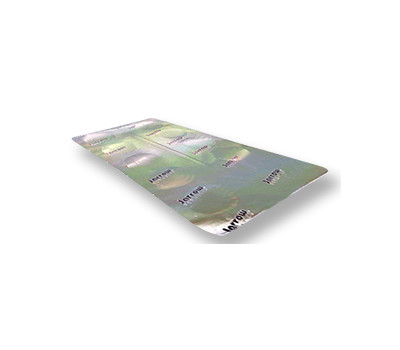 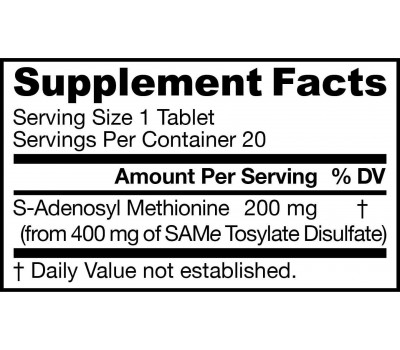 Jarrow Formulas SAM-e 200 10 tablets :SAM-e is an amino acid derivative clinically proven to benefit brain, liver and joint function. Found in all living cells, SAM-e is called “activated methionine”, formed by the combination of ATP and methionine. Methionine supplementation, however, does not elevate SAM-e. Rather, it elevates toxic homocysteine.
Now you can also try it for yourself in a single blister.

recommended use
general health: take 1-2 tablets a day, with water (NOT milk) preferably on an empty stomach preceding a meal or as advised by a qualified physician
For optimal use as a joint supplement, combine SAM-e with JarroSil™ (biologically active silicon)
For optimal use as prevention of hangovers, take before imbibing alcohol

pet (cat/dog): give 1 tablet on an empty stomach. When your pet refuses to ingest the tablet, you may hide it in a snack. Make sure that your pet drinks some water after giving SAM-e to ensure that the supplement is completely swallowed.
Recommended dosage is 20mg/kg bodyweight. Since the tablets cannot be split, the size of tablet closest to the calculated dose should be administered. For short-term use e.g. after poisoningm a higher dosage is not a problem.