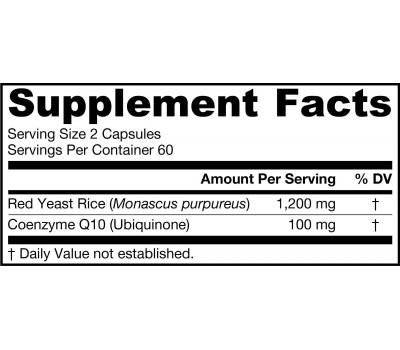 And it makes sense statistically. The correlation between lowering your LDL and lowering your chances of having a heart attack or developing other forms of heart disease is well documented. Indeed, exercise and dietary changes are good for the heart partly because they lower LDL cholesterol levels.
Read more
What is co-enzyme Q10 and why is it important for our health?

What is Red Yeast Rice?

The most well-known of red yeast rice benefits is by far its potential to lower cholesterol. Many people with high cholesterol turn to red yeast rice supplements to avoid the dangers of statins. These cholesterol-lowering drugs known as statins have been linked with some really concerning side effects, including memory loss, liver damage, muscle pain, high blood sugar, and even development of type 2 diabetes.

Scientific studies have demonstrated that supplementing with red yeast rice can lower overall as well as LDL cholesterol, aka “bad cholesterol.” According to Traditional Chinese Medicine, benefits of red yeast rice also include improvements in circulation and digestion.

Red yeast rice supplements are extremely popular, so let’s take a look at the possible benefits as well as the controversy surrounding this natural over-the-counter remedy.