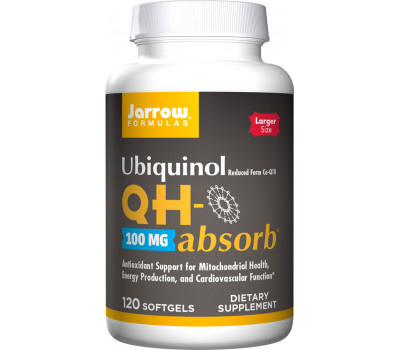 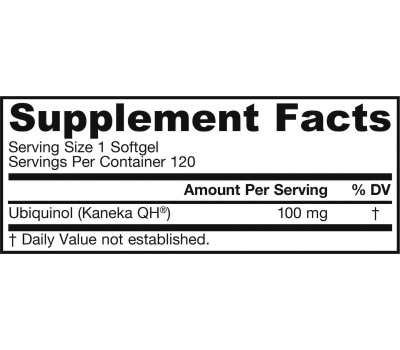 Jarrow Formulas QH-absorb 100mg 120softgels Ubiquinol is the reduced (active antioxidant) state of Co-Q10, the form which is directly used in human metabolism as a lipid-soluble antioxidant. While standard Co-Q10 (ubiquinone) supplements can be activated in the body, this activation can be less efficient in some individuals, based on age, genetics, blood sugar status or level of oxidative stress.

QH-absorb 100mg is in an enhanced stability formula that utilizes the Q-absorb natural proliposome lipid-soluble delivery system, which has been clinically shown in humans to increase Co-Q10 levels up to 400% (3.2x) over baseline and is 3-4 times better absorbed than chewable Co-Q10 tablets.
Ubiquinol is derived from Co-Q10 that is manufactured by means of a yeast-fermentation process and consists only of the natural trans configuration, the same as is biosynthesized in the human body. Jarrow Formulas supports clinical research on Coenzyme Q10.

recommended use
take 1 to 3 softgels per day, one with each meal, or as directed by your qualified health care consultant.