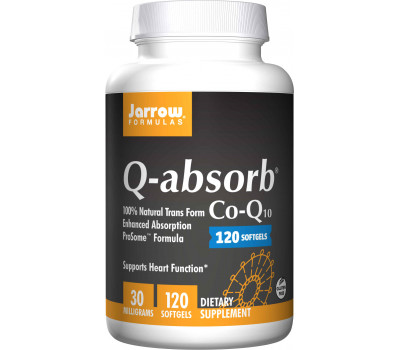 Discontinued, we refer you to another co-enzyme Q10 product

Jarrow Formulas Q-absorb 30mg 120 softgels.
Q-absorb
is by far the best absorbed and utilized form of Co Q10 supplements due to the liposome connection of Co-Q10 with phospholipids. 4 times better retained than ordinary Q10 supplements which are purely based on dry powder as capsules or tablets.
CoQ10 promotes energy production by supporting mitochondrial function, and promotes antioxidant protection throughout the body.

recommended use
take 1 softgel up to 4 times per day, one with each meal, or as directed by your qualified health care consultant.