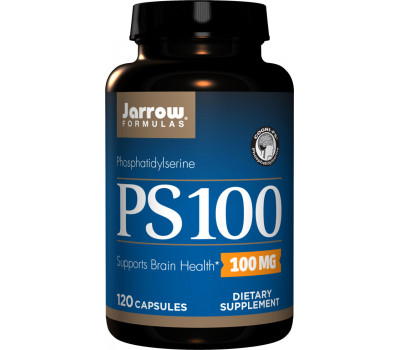 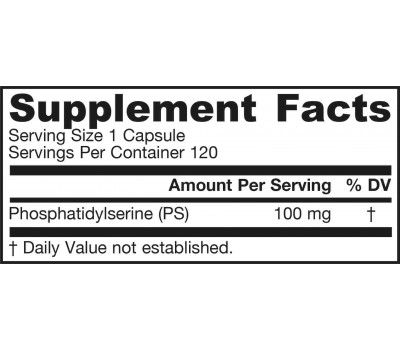 Jarrow Formulas PS-100 120 capsules contains phosphatidylserine (PS), a phospholipid nutrient found in fish, green leafy vegetables, soybeans and rice, which is essential for the normal functioning of neuronal cell membranes and activates Protein kinase C (PKC) which has been shown to be involved in memory function.