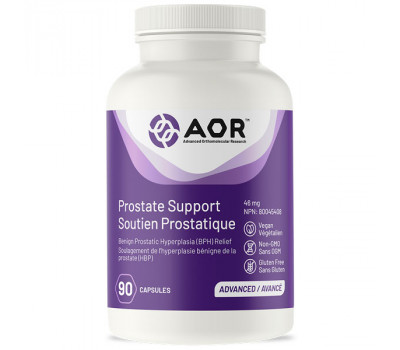 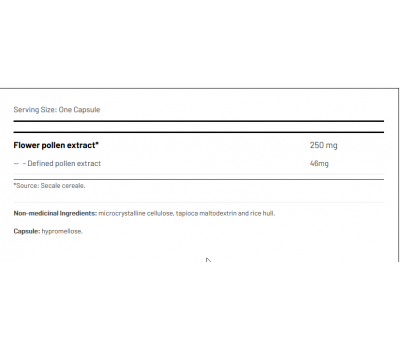 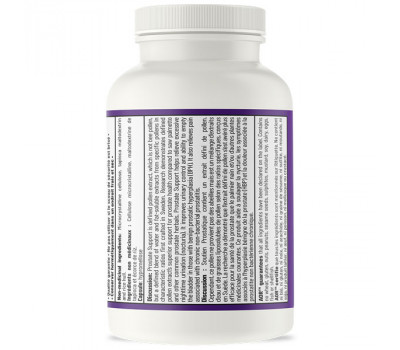 what distinguishes Prostate Support?
• reduces inflammation in the prostate (prostatitis)
• while other prostate remedies only address the symptoms, Prostate Support addresses both symptoms and the root cause
• provides defined pollen extract, not bee pollen

background reading
The Real Prostate Health Alternative
Prostate Support™ containing defined pollen extract is different. Defined pollen extract is not bee pollen. Bee pollen is a mixture of whatever pollens with which the insects happen to have come into contact. Defined pollen extract, by contrast, is a mixture of several specific pollen sources (primarily rye, corn and timothy-grass). Also, bee pollen in its raw form is covered with a microscopic husk which prevents its full assimilation by humans; by contrast, defined pollen extract uses a precise process to isolate the key fractions from the pollen, incorporating a specific 20:1 ratio of lipid-soluble and water-soluble components extracted under low-temperature conditions, bypassing the pollen’s protective sheath.

Benign prostatic hyperplasia (BPH)
BPH or the non-cancerous swelling of the prostate gland, leading to discomfort, nocturia (the need to get up in the middle of the night for a trip to the bathroom), frequent and sudden urges to urinate even when the bladder is not full, intermittency (dribbling at the end of the urinary stream), and incomplete emptying of the bladder when urinating – affects nearly all men to some degree beginning in late middle age. Saw palmetto, along with stinging nettle, Pygeum africanum, beta-sitosterol, and a few other herbals, is reached for in health food stores across North America almost by reflex. And there is evidence that these botanicals improve the symptoms of BPH.

However, these herbs don’t address the fundamental problem: the actual increase in the volume of the prostate gland itself. Despite what you hear, clinical trials have repeatedly documented that saw palmetto has no effect on prostate volume.

The Verdict on Saw Palmetto: Symptomatic Relief
The German Commission E Monographs are careful to spell this out, if most supplement hawkers are not: saw palmetto “relieves only the symptoms associated with an enlarged prostate without reducing the enlargement.” And it’s the same with the other herbal treatments. Because of this, the Monograph for saw palmetto advises users to “Please consult a physician at regular intervals.” The reason: even as their symptoms are relieved, saw palmetto allows the prostate to continue to grow, so that surgery may eventually become necessary.

The Pharmaceutical Approach: A Win-Lose
Indeed, experience with drugs which relieve BPH symptoms without addressing prostate volume (such as alpha 1-adrenergic blockers (eg Hytrin® or Flomax®)) has shown that, lacking any warning symptoms, men often put off surgery for far too long, leading to concern that these treatments may actually increase the complications of BPH.

By contrast, there is plenty of evidence that finasteride (Proscar®), the most famous drug therapy for BPH, can reduce prostate volume. Unfortunately, finasteride takes a long time to relieve symptoms, does not work with several classes of patients, is very expensive, and has significant side effects, including erectile dysfunction and loss of libido. Furthermore, despite long-standing hopes that this drug would reduce the risk of prostate cancer because of its ability to reduce levels of the cancer marker prostate-specific antigen (PSA), the first clinical trial to test this hypothesis has found that finasteride has pretty muddled results: it decreases the overall risk of prostate disease – but increases the risk of the most aggressive, deadly forms of the disease.

Other Prostate Health Concerns
BPH, of course, is not the only prostate disorder that men may face. Others include chronic prostatitis (CP) and prostatodynia. Because the symptoms of these disorders sound similar, many men with CP or prostatodynia mistakenly self-medicate with saw palmetto. And unfortunately, the relative ignorance of many mainstream MDs about the herbal pharmacy leads them to give the go-ahead for this useless course of action – useless, because there is no evidence that saw palmetto or the other common herbals for BPH are helpful for these conditions. Several studies have found that defined pollen extract is helpful in chronic prostatitis and prostatodynia, and there is also hope that defined pollen extract could potentially protect against more serious prostate problems since BPH is a risk factor for this unfortunate common disease.

Proven in Controlled Trials
In one study, sixty men with symptomatic BPH received either the pollen extract or placebo for six months. Sixty-nine percent of men receiving the pollen extract experienced improved overall symptoms, compared to less than a third of the placebo group. There were statistically significant differences in the number of incidences of nocturia, decreased leftover urine in the bladder after urination (“residual urine volume”). Compared to the placebo group, there were also more improvements reported by men receiving the pollen extract in hesitancy (inability to release urinary flow) and intermittency, but these results were not strong enough, in this small a group over this short a period, to be statistically meaningful. But most importantly, this study reported that men using defined pollen extract experience significant reductions in the volume of the prostate as measured by ultrasound. In fact, every trial of defined pollen extract in men with BPH, which has measured prostate volume, size, or weight has reported significant reductions in the gland.

Another study administered defined pollen extract to men with BPH for 3 months, while some men continued with the treatment for a year. Flow rate and residual volume improved significantly after 3 months, while the7 cm3 reduction in prostate size was not noticeable until 1 year. This means that the symptoms improved in the first few months but the prostate size began to shrink sometime between 3 months and 1 year.

Prostatitis
Over 2000 men with either prostatitis, BPH or the two combined were given defined pollen extract for 12 weeks. Prostate size, flow rate, residual volume and leukocyte presence (an inflammatory marker) decreased in all groups.

Defined Pollen Extract vs Paraprost
When these two prostate products were compared in about 160 men with BPH over 4 weeks, both the subjects and the physicians evaluated defined pollen extract as slightly more effective than Paraprost. Paraprost is a mixture of three amino acids.

Defined Pollen Extract vs Beta-Sitosterol
In a comparative study, subjective symptoms improved more with the pollen extract, and the latter also reduced prostate alkaline phosphatase (PAP) and prostate specific antigen (PSA), markers of prostate lesions, while beta-sitosterol did not reduce these markers.

Saw Palmetto
The effectiveness of saw palmetto for prostate problems has become controversial. While some studies have shown some reduction in symptoms, others have not. The most recent trial, a dose escalation study which was implemented due to a lack of significant findings in a large study, administered up to 960 mg of saw palmetto over 72 weeks. They found that saw palmetto didn’t lower PSA levels.

Closing remarks
Proscar® and some other drugs for BPH are effective, but come with side effects and a cost which make drug therapy unattractive to many men. Other drugs like Flomax® or natural alternatives commonly found on health food store shelves like Saw Palmetto may help relieve symptoms, but do not ultimately address the underlying cause, can lead to severe long-term issues.

So men are left with a choice: symptomatic improvement with no halt to the loss of prostate health, or a treatment which addresses the core problem, but causes problems of its own.

But there is another solution!
Defined pollen extract has been effectively helping European men with many prostate health problems for decades now, and is proven to do what no other herbal can: shrink enlarged prostates. While relatively new in North America, defined pollen extract has been successfully used in Europe for two generations, and clinical trials have proven its superiority to other prostate supplements. As the pollen itself is golden, so defined pollen extract may open up a golden age for safe, natural therapy for the most personal of male health concerns. AOR’s Prostate Support provides an exciting solution for prostate problems.

recommended use
Take 1 capsule three times daily with or whithout food, or as directed by your qualified health care consultant.

storage
keep dry and closed at normal room temperature ((15-22°C).
keep out of each of young children