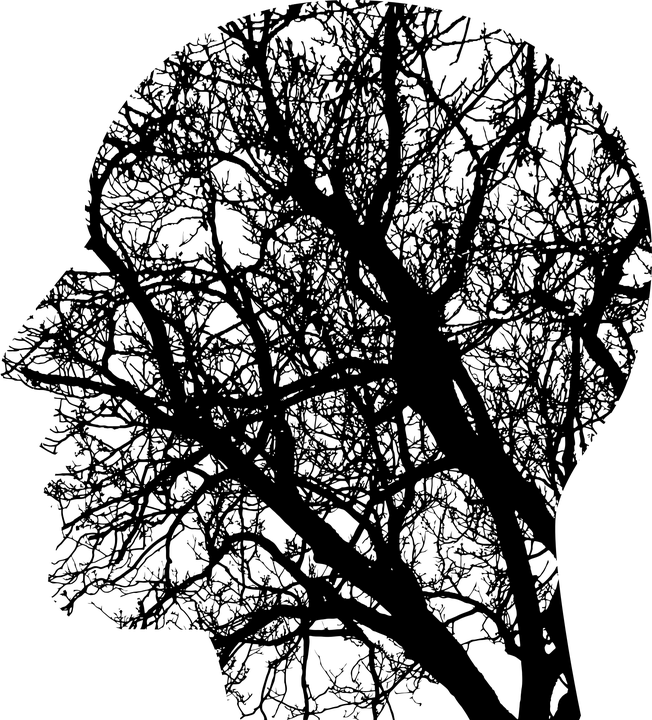 Lipids and more specifically phospholipids, are especially crucial to the health of both cell membranes and neurotransmitters.

Phospholipids are a specific type of molecules that occur all over the human body and have an important role for our health.
What makes phospholipids so special is that they have both water-loving (hydrophilic) and water-repulsive properties (hydrophobic).
The hydrophilic part of a phospholipid consists of a phosphate portion – a phosphorus atom attached to a vitamin, amino acid or other molecule – and a lipid, or fat-like, portion.
Thanks to the hydrophilic property, it is capable of mixing with water at the hydrophilic side of the molecule, while the lipid “tail” is incapable of mixing with water.
Due to the presence of two such dissimilar appendages on the same compound, chemists call phospholipids “amphipathic,” a property that is essential for the continued existence of every cell in your body.

Phospholipids can form a variety of structures when they are suspended in water. As these amphipathic molecules arrange themselves within an aqueous environment, they can congregate into solid spheres – their hydrophilic heads pointing outward and their hydrophobic tails directed inward – or spread out into sandwich-like sheets called bilayers.

Phospholipid bilayers can themselves form hollow, water-containing spheres, providing the foundation for all living cells, such as lysosomes, mitochondria and nuclei. 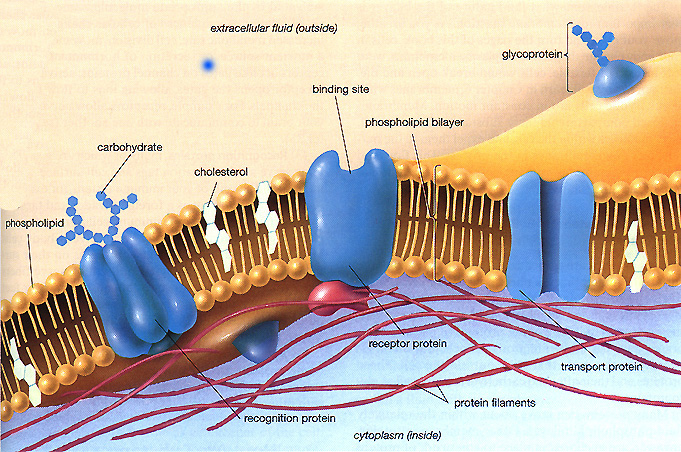 Phospholipids are among the most important molecules in your body as they form the bilayered envelopes that make cells possible, and also form other important structures and have various body functions.
Phospholipids are synthesized within cells from simpler precursors that are derived from your diet. B vitamins, such as inositol and choline, amino acids from proteins and essential fatty acids are all needed for phospholipid production.
A well-balanced diet is the best way to ensure adequate nutrients for phospholipid synthesis.

Phospholipids in the brain

Brain cell membranes are rich in two phospholipids in particular: phosphatidylserine (PS) and phosphatidylcholine (PC), with PC accounting for a larger percentage. Ensuring a steady supply of PS and PC through diet and supplementation can help in the fight to dissuade age-related cognitive decline and illnesses.

PC became popular in the 1980s as a key brain phospholipid and a crucial component of healthy brain cell membrane. PC supplements are often referred to as “lecithin,” because PC is the major phospholipid component of lecithin.

Although lecithin supplements can be formulated to contain higher amounts of PC, most lecithin supplements are not very bioavailable sources of PC, because once ingested, it is mostly stored in the liver. As a result, hardly any of it actually makes it to the brain.
Research has shown that PC is not nearly as effective as a cognition compound as is PS, another phospholipid component found in lecithin but in much smaller amounts. In fact, commercially, PS is produced in a complex processing procedure starting with PC.

Additionally, lecithin supplements are considered poor sources of choline, a nutrient of great interest in the cognitive sector.

What is choline? PC is a key donor of choline, which is often associated with the family of B vitamins.
While not a phospholipid in and of itself, choline forms acetylcholine, the brain’s most important neurotransmitter responsible for regulating cognition and memory.
By contrast, PC may not be as effective at converting to acetylcholine after ingestion.
In 1998, choline was officially recognized as an essential nutrient, establishing an Adequate Intake Level of 550 mg/day for men and 425 mg/day for women and an Upper Tolerable Limit of 3500 mg/day.

In the diet, choline is obtained from soybeans, eggs, liver, beef, milk, and cruciferous vegetables. Various sources of choline are also sold as a dietary supplement. Some sources may cross the blood-brain barrier better than others.

Commonly used choline compounds do not affect brain function, as they can't readily cross the blood-brain barrier.
By contrast, two other choline donors, such as alpha-glycerylphosphorylcholine (Alpha-GPC) and citicoline (CDP-choline) are more bioavailable sources of choline.

ALpha-GPC contains approximately 40% choline, and due to the fact it is electrically charged in the tissues, alpha-GPC releases its ‘choline payload’ much better than most PC supplements, which normally comprise only 14–35% PC.

Cytidine 5-diphosphocholine (also known as citicoline or CDP-choline) is an intermediate compound that occurs when choline converts to PC. Before citicoline reaches the brain, it breaks down into choline and cytidine, which is another important nutrient.
Each is transported separately into the blood and then into brain or other tissues. In older subjects especially, higher brain levels of cytidine have been shown to increase the levels of PC incorporated in brain cell membrane.
The presence of cytidine in citicoline makes citicoline the more advanced brain ingredient than choline alone.
CDP-choline has been shown to support healthy brain metabolism as well as protect against free radical damage. It has also been shown to increase ATP-levels (adenosine-5’-triphosphate), a key energy source for the brain, which choline alone is not capable to do.

PS, the brain’s other main phospholipid, may be less abundant in the brain than PC, but more research is unveiling the importance of this phospholipid, especially for memory and concentration.
PC has been known for much longer than PS. PC can be found in almost every tissue and comprises the majority of phospholipids in almost every organism.
PS, on the other hand, is much more rare and can be found in relatively higher concentrations in specialized tissues.
For instance, its abundance in the brain is higher than in other organs, suggesting that it has an important role in the brain.

Some describe PS as being crucial to the “docking port” for neurotransmitters like acetylcholine, helping to positively benefit neurotransmitter release and neurotransmitter receptor density.
Nerve cells, in particular, depend on healthy membrane function for normal neurotransmitter metabolism and nerve signal transmission. PS levels in these tissues ensure the membranes’ fluidity and structure, and hence, their function. Furthermore, maintaining brain PS levels has been associated with normal and efficient signalling processes, efficient glucose consumption, and other biological pathways that are crucial for normal normal and healthy cognitive and mental functions.

In the Western diet, PS intake is said to be around 130 mg/day.
PS can be found in small quantities in rye and other cereal grains, and in vegetables, legumes, and fruit juices. Because the quantity of PS present in these forms is often small, supplementation can be beneficial.

Dozens of randomized controlled trials have shown PS to aid memory, learning, mood, and stress.
PS is thus far the only cognitive health nutrient to have gained a qualified FDA health claim, which states that consumption of PS may reduce the risk of dementia or cognitive dysfunction in the elderly.

Where PS was once largely obtained from bovine brain tissue, today, after the big scare of bovine spongiform encephalopathy (BSE, or Mad Cow Disease), PS ingredients are primarily obtained from soy and sunflower lecithin.
However, there are several important chemical differences between plant- and bovine-derived PS. The biggest difference is that bovine-derived (animal) PS contains approximately 8% omega-3 fatty acid DHA attached to its backbone, while plant-derived PS contains no DHA.
This is a pity as omega-3 fatty acids such as DHA and EPA have such great benefits for cognitive health.
Individuals with the highest blood levels of DHA and EPA omega-3 fatty acids performed better on tests of mental functioning and exhibited less age-related brain shrinkage.
Low levels of omega-3 fatty acid DHA in red blood cells are associated with smaller brain volumes and with a “vascular” pattern of weaker cognitive performance. DHA positively alters neuronal membrane properties and is protective of neuronal health.

In fact, DHA, as well as omega-6 fatty acid arachidonic acid, is the most common fatty acid naturally attached to the phospholipids in the brain. Together, DHA and PS are said to help build the number of neurotransmitter sites in the brain, improving signal transfer.
Studies demonstrate that when omega-3 fatty acids are attached to phospholipids, like they do in krill oil, they reach the target organs, such as the brain, in a more efficient way.
Ideally, krill oil is being combined with plant-derived PS-100 so as to overcome the disadvantages of non-bovine PS-100 for best absorption, just like how this happens in breast milk, where PS is naturally bound to DHA so as to have optimial bio-availability of DHA to the brain.

Increasingly, brain-enhancing nutrients are being combined into what the developer thinks to be the best brain optimizers.
Jarrow's BrainBoost contains a combination of PS with phospholipid-DHA. Likewise, PS is combined with a multitude of brain-enhancing supplements such as citicoline, alpha-lipoic acid, acetyl-carnitine, L-glutamine, and taurine in Neuro-Optimizer.
In AOR's Ortho Mind, it is CDP choline which is being combined with an array of other brain enhancing ingredients, such as bacopa, acetyl-carnitine, arginine and alpha-lipoic acid.

Unfortunately , the market wasn't ready yet for a combination of PS with another phospholipid PA, phosphatidic acid. Phosphatidic acid has an indirect effect on cognition by helping to regulate levels of the stress hormone cortisol to create optimal levels of stress.
Phosphatidic acid serves as a precursor for phospholipids, such as PS, and can influence cell membrane curvature.
The combination of phosphatidic acid and PS combines stress reduction and enhances cognitive support.
Combining the two made perfect sense as shown by research indicating how there's an inverted relationship between learning ability, memory, etcetera and stress level. For example, it has been shown that farmers (and harvesters') IQ goes up by more than 10 IQ points after thee harvest period, when they have adequate income.


Other uses of phospholipids

Phospholipid complexes enhance the delivery of several compounds besides omega-3 fatty acids.
Complexing molecules with phospholipids has been shown to increase the absorption and bioavailability of otherwise difficult-to-absorb compounds. These methods are commonly employed in drug delivery systems and are gaining recognition in the nutritional supplement space as well. Furthermore, certain phospholipids (including phosphatidylcholine and phosphatidylserine) may possess unique therapeutic benefits of their own.

The uptake of curcumin, a normally poorly bioavailable component of turmeric, has been shown to be substantially improved when administered as a phospholipid complex when compared to the more traditional combination with piperine.

Oomega-3 fatty acids in the form of krill oil is more bioavailable than omega-3s from fish and possibly other sources. The omega-3s in krill are bound to phospholipids, while those in standard fish oils are generally not. This difference is a major factor in increasing the uptake of fatty acids in krill into various tissues.

The general public is still very much unaware of the true potential of phospholipids, especially when it comes to ingredients such as phosphatidylserine, of which the benefits are backed by qualified health claims and extensive research.