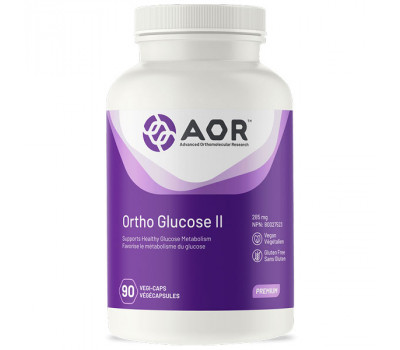 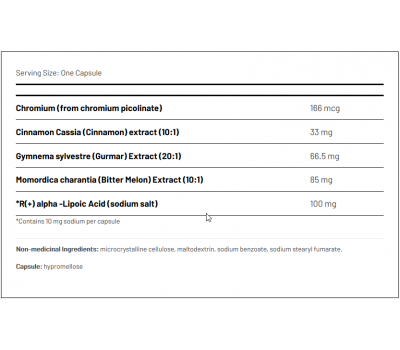 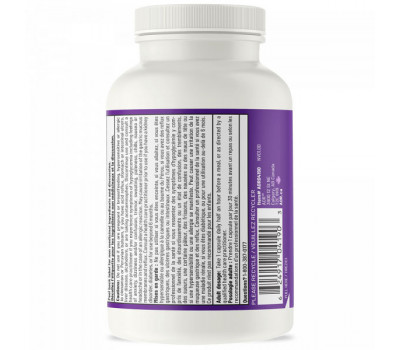 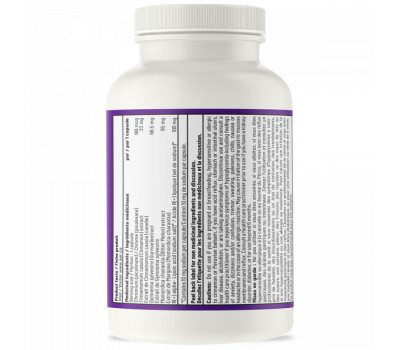 background reading
What is Diabetes?
Diabetes is a syndrome characterized by abnormally elevated sugar levels in the blood. There are two types of diabetes: type 1 and type 2. The incidence of diabetes is rapidly increasing and in 2005, 7% of the United States population had diabetes. Diabetes is linked to a number of serious health complications including cardiovascular disease, retinal damage, blindness, hypertension, neuropathy and many others. Ortho•Glucose II helps maintain a healthy blood sugar balance and reduces the risk of complications linked to abnormal blood sugar levels, all in one formula.

Regulating Blood Sugar Levels
Many natural ingredients have been shown to help encourage healthy glucose metabolism and blood sugar levels. Cinnamon, chromium and the herbs bitter melon and Gymnema sylvestre all lower blood sugar levels. Many of these, including cinnamon and chromium, act by improving insulin sensitivity – allowing cells to respond normally to the hormone insulin.

Reducing the Risk of Complications
The ingredients in Ortho•Glucose II™ also act to help prevent certain complications of diabetes. Elevated cholesterol levels are one common complication. Cinnamon and chromium have been shown to help support healthy cholesterol levels. R(+)-lipoic acid has been shown to be an effective support in diabetic neuropathy, the damage that can occur to nerves in diabetic patients.

Diabetes – A Silent Killer
Diabetes mellitus is characterized by elevated blood sugar levels. Type I diabetes results when the body attacks the cells that produce insulin – a key hormone that controls the entry of glucose into the cells and regulates blood glucose levels. Type II diabetes usually develops later in life and comprises 90% of diabetic patients. The prevalence of this type of diabetes is on the rise. Type II diabetes is primarily a result of increased insulin resistance, meaning that the cells no longer respond to normal levels of insulin. When cells are insulin resistant glucose will not enter the cells and blood glucose levels rise.
High blood sugar levels have astoundingly damaging effects on the body. Diabetics are at an increased risk of developing a large number of serious complications. For example, they are twice as likely to suffer from cardiovascular disease and are five times more likely to experience a heart attack. Other complications include high cholesterol levels, retinal damage, blindness, hypertension, neuropathy and many others.

Cinnamon
Clinical trials have revealed that cinnamon has insulin-like activity and improves glucose uptake. Cinnamon has also been shown to reduce blood glucose levels after eating, lower fasting plasma glucose levels by 10-29%, and even help to balance high cholesterol levels.

Bitter Melon
Micronutrients found in the extract of the fruit Momordica charantia (bitter melon) have been shown to have hypoglycemic effects – reducing blood sugar levels by as much as 54% in one trial. This is accomplished through increased glucose utilization by the liver, inhibition of glucose production, and improved glucose oxidation.

Gymnema
Gymnema sylvestre is an Ayurvedic herb known for its hypoglycemic effects. In clinical trials this herb has effectively reduced blood glucose levels in Type I and Type II diabetics. It appears that Gymnema enhances the body’s insulin production, possibly by regenerating or repairing beta cells which produce insulin.

Chromium
Minerals can also play a role in glucose metabolism. Chromium, for example, is an essential trace mineral for the metabolism of carbohydrates. It increases the sensitivity of insulin receptors, increasing cellular transport of glucose and reducing blood sugar levels. It may also help regulate abnormal lipid levels associated with diabetes.

R-Lipoic Acid
R(+)-Lipoic acid (ALA) is another promising treatment for diabetes and its related complications such as diabetic neuropathy, a treatment for which lipoic acid is approved in Germany. ALA improves insulin sensitivity allowing glucose to enter the cell more easily. A meta-analysis including 1258 diabetic patients found that R(+)-lipoic acid was beneficial for the treatment of diabetic neuropathy. The analysis revealed that supplementation for 4-7 months reduced neuropathic deficits and improved cardiac neuropathy.

A Natural Formula for Blood Sugar Support
Ortho•Glucose II™ contains nutrients and plant extracts that are supported by clinical research in diabetic subjects. Ortho•Glucose II™ can be used to reduce elevations in blood sugar levels, potentiate the action of insulin and to improve the cellular utilization of glucose. Ortho•Glucose II™ is the ideal choice for those trying to regain normal carbohydrate metabolism and striving to achieve normal blood glucose levels.

Why can resistant starch improve your blood sugar balance?

Among the most popular good intentions we have before the new year starts is to improve health and lose weight.
Sadly, for many of us, those good intentions fall by the wayside within as little as 1 or 2 weeks. The main reason for failing on any given diet is that it tends to be a too drastic change in how we tend to eat.
Which for most of us, tends to be a moderate to high-carb diet, which for most Dutch people tends to revolve around bread and potatoes. That will make it very hard if you want to make a switch to a low-carb diet as is the norm these days.

However, I've got good news for you! You may not need to give up on all of your carbs. Instead, you can try to switch from carbs that have a negative impact on your blood sugar balance, towards slow-acting carbs also known as ... resistant starch.
Even when you are quite happy about eating a (very) low-carb diet, there are still ways to increase the amount of resistant starch in your diet, without drastically increasing the amount of calories and 'net carbs'.

Therefore the article below will tell you everything about resistant starch you need to know.

Some types of night blindness are treatable while other types aren’t. Once you know the cause of the problem, you can take steps to correct your vision.
Read more
Why is it so hard for a diabetic to keep blood sugar levels stable?

Why is it so hard for a diabetic to keep blood sugar levels stable?

Most of you will know how food containing starches or sugars will raise blood sugar levels, and those of us who are dependent on insulin to control blood sugar levels, either because they are born with diabetes (type 1) or develop it later in life (type 2), are keen on keeping their blood sugar levels within a certain range.
This isn't always easy, even when ingesting a precalculated amount of carbohydrates.


There are several reasons why blood sugar levels can fluctuate

Early September we published an overview of various natural and artificial sweeteners that are currently available and possible avantages or disadvantages associated to them.
Until very recently the clear-cut explanation of all official governmental dietary agencies as well as most mainstream dieticians was that artificial sweeteners are harmless and not a single iota of proof was available to the contrary.

Even your humble writer still believed sweeteners are relatively harmless as by definition, rats and mice aren't human so evidence about harmfulness for those laboratory animals doesn't prove too much.
However, over time more and more evidence has come up that artificial sweeteners are truly not as good for your waistline as you think they are, in ways that wasn't looked at before. Our gut microbes, which have a bigger influence on your weight and insulin sensitivity than we realize, are negatively inflenced by the artificial sweeteners we ingest.
Read more
Is Alzheimer’s Disease the same as type 3 diabetes?

Is Alzheimer’s Disease the same as type 3 diabetes?

Alzheimer starves your brain, tangles and twists vital cells, and for decades it has been misrepresented as an untreatable, genetically determined disease. Alzheimer's disease is already an important cause of death in Western Europe and is expected to rise to the top. This devastating illness shares a strong link with another sickness that wreaks havoc on millions of people too: diabetes.
Read more
Balancing your blood sugar level

While it is fairly easy to spot hypoglycemia from shaky hands, acute headaches and listlessness, it is not so easy for hyperglycemia, unless your blood sugar reaches a dangerously high level. Then you may experience the same symptoms such as listlessness but also excessive thirst and blurry eye vision.

recommended use
Take 1 capsule daily, half an hour before a meal, or as directed by your qualified health care consultant.

contra-indication
Do not use if you are hypersensitive or allergic to cinnamon or Peruvian balsam, if you have acid reflux, stomach or intestinal ulcers, liver disease, alcoholism, or are taking acetaminophen.
Discontinue use and consult a health care practitioner if you experience symptoms of hypoglycemia including feelings of anxiety, dizziness, tremor, sweating, nausiea or headache.
May cause irritation of the gastric mucous membranes and reflux. Hypersensitivity e.g. allergy, may occur in which case discontinue use.
Consult a health care practitioner prior to use if you have a kidney diorder and/or diabetes, or for use beyond 6 months. This product is not suitable for children.