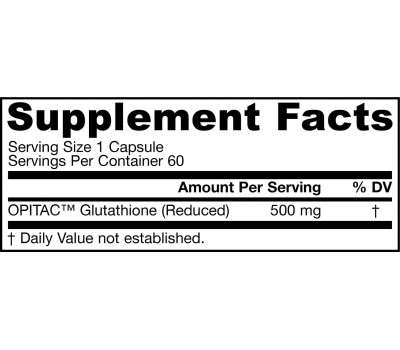 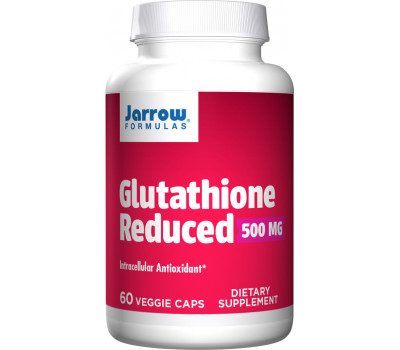 Jarrow Formulas Glutathione Reduced 60 capsules is an ubiquitous antioxidant involved in many cellular functions such as detoxification, amino acid transport, production of coenzymes and recycling of vitamins E and C.
By serving as a critical nucleophilic scavenger, glutathione blocks free radical damage to all types of tissues. Glutathione is the most abundant intracellular thiol (sulfur-containing compound) and low molecular weight tripeptide found in living cells. Thiols such as glutathione, alpha lipoic acid and NAC are powerful sulfur-bearing antioxidants.
Aging is associated with a progressive decline in glutathione levels and impairment in glutathione biosynthesis in many tissues.
Glutathione plays an important role in the detoxification of alcohol. Overdosing on alcohol leads to glutathione depletion in the liver and other tissues.