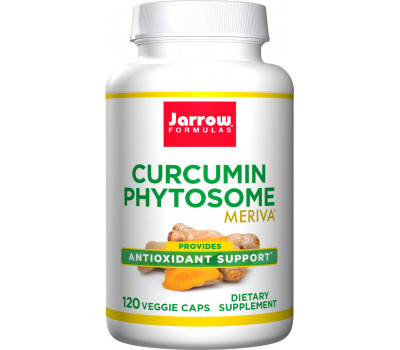 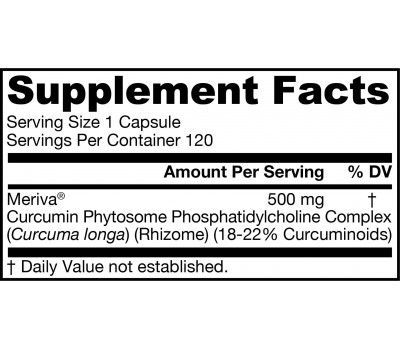 Meriva®, a phytosome form of curcumin, is a patent-pending ingredient consisting of curcumin extract bound to phosphatidylcholine for increased absorption and bioavailability. Clinical studies show that it promotes joint health and flexibility.

Meriva® is a registered trademark of Indena S.p.A.

The true health potential of curcumin always has been hindered by notoriously poor oral bioavailability. This has become generally accepted in recent years with numerous studies in humans demonstrating severe absorption shortcomings, even when curcumin is consumed in large quantities. As a result, researchers have sought ways to overcome this limitation of curcumin. One particularly useful strategy employs phospholipids to produce micelles, or curcumin phytosomes, that act as protective curcumin couriers.

But the phytosomes do more than just help overcome the poor water solubility of curcumin. They also appear to directly impact absorption by shuttling the curcuminoids inside enterocytes. This occurs because cellular membranes, including intestinal enterocytes, are largely composed of phospholipids, such as the phosphatidylcholine found in the phytosomes, allowing the phytosomes to act as vesicles that can be “folded” into the cell in a process called pinocytosis or cellular captation. The absorption technology found in Jarrow Formulas’ QH-absorb® works in a similar manner.

Evidence of Success
Yet the evidence for the utility of curcumin phytosomes is not merely academic. In a human bioavailability study, healthy volunteers were randomly assigned to three groups and given either 1.0 g of Meriva, 1.9 g of Meriva, or 1.8 of regular curcumin powder. The overall increase of curcuminoid absorption from Meriva was ca. 29-fold (27-fold for the low 1.0 gram group and 31-fold for the 1.9 gram) on a curcuminoid equivalents basis. These results in humans are also corroborated by a pharmacokinetic study conducted with male Wistar rats that yielded comparable absorption increases.
Blood levels aside, the biggest question is do curcumin phytosomes work? In fact, multiple human clinical studies have demonstrated just that. In one study published in 2010, Meriva was given to 25 volunteers experiencing joint discomfort, while another 25 received a placebo. After three months of daily use, the Meriva group scored significantly better on the WOMAC scale (indicating joint comfort) and showed markers indicative of a more balanced inflammatory response. These results would appear to confirm the idea that increased stability and better absorption of curcumin induced by complexation with phospholipids, has clinical relevance.

Jarrow Formulas’ Curcumin Phytosome supports a healthy inflammatory response within the normal range and protects DNA against damage by free radicals and reactive oxygen species.
Meriva® is a patent-pending ingredient consisting of curcumin and phosphatidylcholine for increased absorption and bioavailability.
Clinical studies show that it promotes joint health and flexibility.

recommended use
Take 1 capsule per day with food.
For enhanced joint protection, take 1 capsule 2 times per day or as directed by your qualified health care consultant.