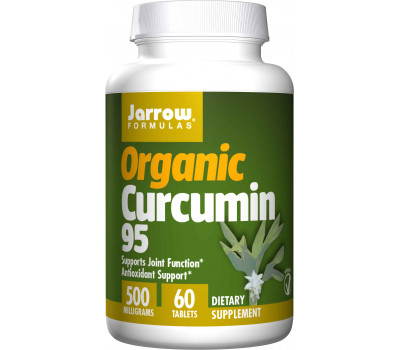 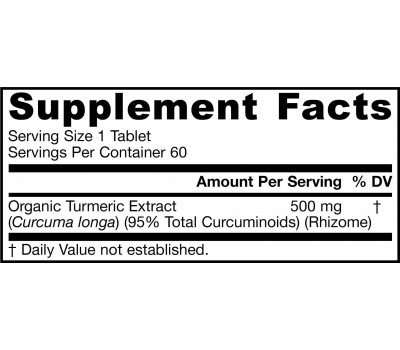 Discontinued, we refer you to other curcumin products

Other Health Effects
Constituents of turmeric exert several protective effects on the gastrointestinal tract, most likely via its antioxidant activity. A double-blind trial found turmeric helpful for people with indigestion and effective in animal research in promoting healthy digestive function.

Via its antioxidant activity, curcumin may help promote cardiovascular health, especially by decreasing the propensity of low density lipoprotein (LDL) to oxidize. Research continues to suggest that oxidized LDL is one of the more pernicious forms of cholesterol in relation to cardiovascular health.

Certified Organic by QAI and non-GMO

recommended use
Take 1 tablet per day, with food, or as directed by your qualified health care consultant.