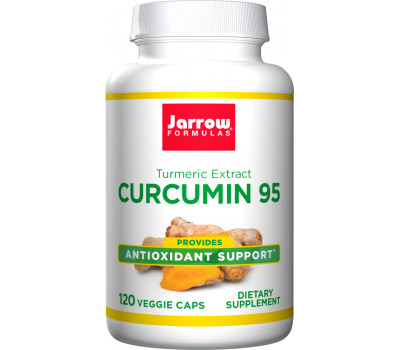 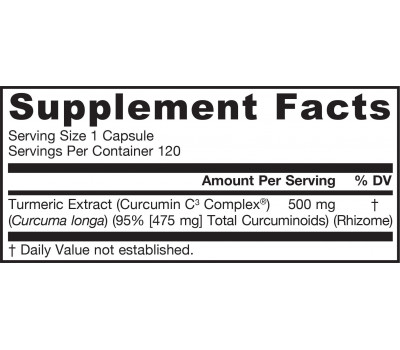 Jarrow Formulas Curcumin 95 120 capsules is an 18:1 concentrate of the antioxidants found in the spice turmeric root. Curcumin 95 contains 95% curcuminoids (including curcumin, demethoxycurcumin and bisdemethoxycurcumin), which are antioxidants. Specifically, curcumin and its derivatives protect DNA against oxidative damage induced by reactive oxygen species.
Curcumin also slows down growth of fat cells and stimulates fat burning.

Other health effects
Constituents of turmeric exert several protective effects on the gastrointestinal tract, most likely via its antioxidant activity. A double-blind trial found turmeric helpful for people with indigestion and effective in animal research in promoting healthy digestive function.

Via its antioxidant activity, curcumin may help promote cardiovascular health, especially by decreasing the propensity of low density lipoprotein (LDL) to oxidize. Research continues to suggest that oxidized LDL is one of the more pernicious forms of cholesterol in relation to cardiovascular health.

recommended use
Take 1 to 2 capsules per day, with food, or as directed by your qualified health care consultant.