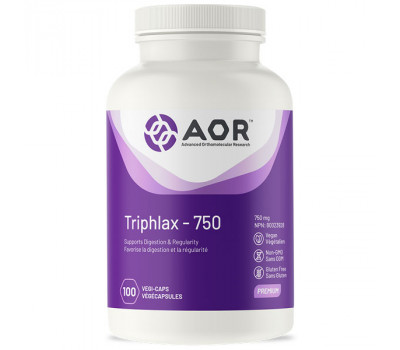 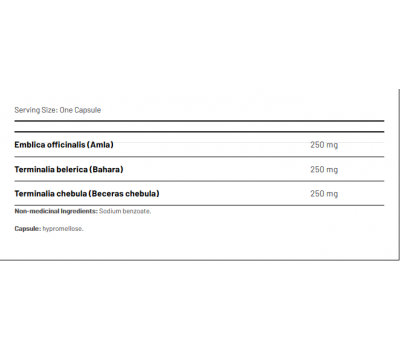 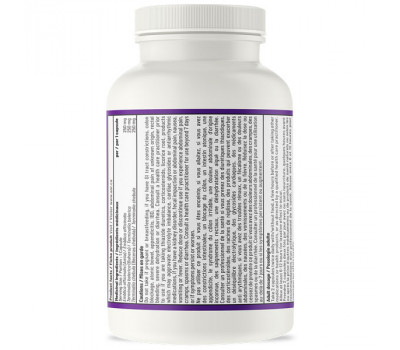 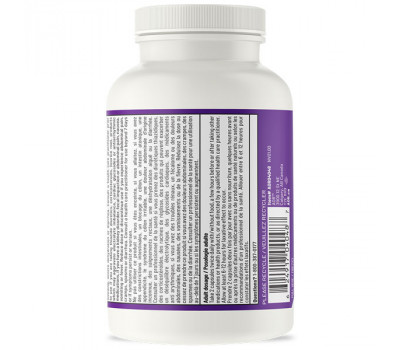 Ayurvedic cleansing
Triphala is the ayurvedic combination of three fruits: Amla (Emblica officinalis), Bihara (Terminalia bellerica) and Harada (terminalia chebuta). This formula has been used for centuries for colonic detoxification and to promote bowel regularity. It has also been found to support blood purification, bile secretion, circulation, liver function and the health of the gastrointestinal tract lining.

Gastrointestinal health and other benefits
Amla is an extract that is used to help deal with ulcers, gastrointestinal inflammation, constipation, diarrhea and liver congestion. Bihara helps deal with asthma, bronchial conditions and allergies. Harada is a laxative with astringent, and antispasmodic properties. It is used to help deal with constipation and to normalize blood pressure. Its nerve calming properties also make it helpful for nervousness, anxiety and physical heaviness.

A triple treat formula
Triphala is a unique cleansing tonic that does not just help with the function of the bowels, but has many other benefits including detoxification, removal of lipid deposits, blood purification, tonifying actions, digestion, reduction of blood pressure and cholesterol, and the support of various organs.

background reading
No Ayurvedic botanical is so often recommended in the Ayurvedic medical texts as triphala, an ancient cleansing and detoxification formula. "Triphala" literally means "three fruits," and is a balanced mixture of concentrates from the fruits of Emblica officinalis ("Amalaki" in Hindi), Terminalia belerica ("Bihara"), and Terminalia chebula ("Harada"). Each of the three fruits contributes to the beneficial properties of the formulation. Among the known properties of the herbs:

1. Harada (Terminalia chebula) is the small fruit held in the hands of the "medicine Buddha" in Tibetan Buddhist tankas. The fruit possesses a laxative, astringent, lubricant, antiparasitical, antispasmodic and nerve calming properties. It contains anthroquinones similar to those found in rhubarb, which provide part of the reason for its ability to treat acute and chronic constipation; but the herb's traditional uses also include support for nervousness, anxiety and feelings of physical heaviness. Harada also proves to have antispasmodic properties, such as the reduction of abnormal blood pressure. Chebulin, an active constituent of Harada, has antispasmodic action similar to the drug papaverine.

2. Amalaki (Emblica officinalis) has traditionally been used to treat ulcers, inflammation of the stomach and intestines, constipation, diarrhea, and liver congestion. One study found that Amalaki is as effective as antacids in treating dyspepsia (epigastric discomfort), and slightly superior in supporting the healing of those ulcers.

One of the most common health complaints facing people as we grow older is occasional bowel irregularity. And in our modern, toxic environment, the importance of keeping the colon clear of residual putrefactive material through regular detoxification has come to the forefront. Ayurveda, the traditional medicine of the Vedic sages, has for centuries offered triphala as a safe, healthy, natural solution to the cleansing of the colon.

Ayurvedic physicians do not regard triphala as a mere laxative. Rather, it is an effective blood purifier, stimulates bile secretion, detoxifies the liver and other organs, helps digestion and assimilation, stimulates the peristaltic action of the intestinal lining, is tonifying, supports other organs, and helps in the elimination of toxins. In vitro studies have also shown that triphala is lethal to a variety of gastrointestinal pathogens, including bacteria such as Salmonella typhii, Shigella, Klebsiella and Pseudomonas, and fungi like Candida albicans. Triphala is useful for all kinds of colonic cleansing and to open blockages from many causes.

Triphala is also one of two Ayurved formulations that are specific in lowering cholesterol and in eliminating lipid deposits from the liver and other organs, as well as reducing blood pressure and treating spastic colon and other intestinal disorders.

One recent molecular finding may explain triphala's traditional use in treating obesity. CCK, or cholecystokinin, is a satiety hormone, released to tell you that you're full. Recent findings have indicated that active molecules in triphala bind to the cellular receptor for CCK. Both overeating and obesity disrupt digestion and overburden the gastrointestinal tract, including the liver and bowel. As a result, digestion is compromised, leading to poor nutrient assimilation, imbalances and overgrowth in the intestinal microflora, and putrefaction of ill-digested food. For such conditions, triphala can be highly effective in removing stagnation of both the liver and intestines

Triphala is a uniquely cleansing tonic that aids in digestion, elimination, and ultimately cleansing and whole-body health.

recommended use
Take one or two capsules twice daily, or as recommened by a qualified health practioner.

storage
keep out of reach of young children

contra-indication
do not use when pregnant or breastfeeding