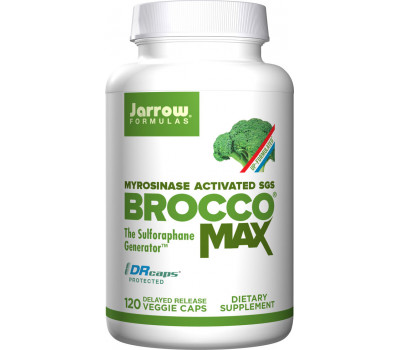 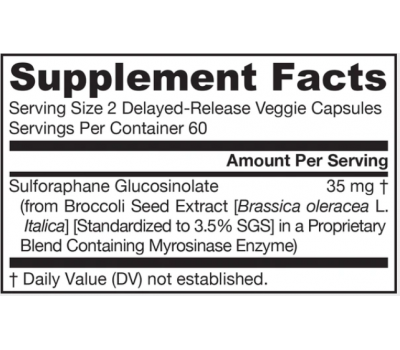 Jarrow Formulas BroccoMax Delayed Release 120 capsules (delayed release) broccoli seed extract.
Cruciferous vegetables such as broccoli have been associated with antioxidant and cellular protection.
Jarrow Formulas BroccoMax contains a standardized concentration of SGS (Sulforaphane Glucosinolate) extracted (without solvents) from broccoli seeds.
SGS is metabolized to sulforaphane (isothiocyanate), which is a highly reactive antioxidant. In extensive studies, sulforaphane, which is converted to Indole-3-carbinol in the body, has been demonstrated to be a potent inducer of phase 2 detoxifying enzymes and protector of DNA. Each capsule of BroccoMax contains 30 mg of sulforaphane glucosinolate (yielding 8 mg of actual sulforaphane), a concentration at least 20 times greater than that found in a broccoli plant.

recommended use
take 2 delayed release veggie-capsules per day 30 minutes before or after a meal or as directed by your qualified health care consultant.