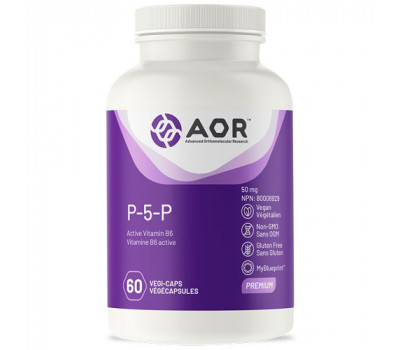 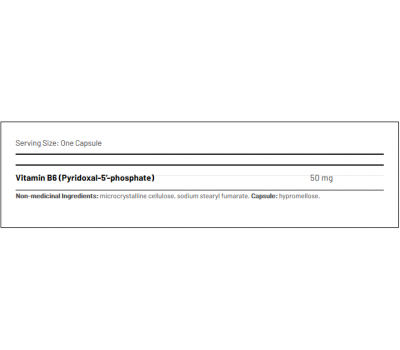 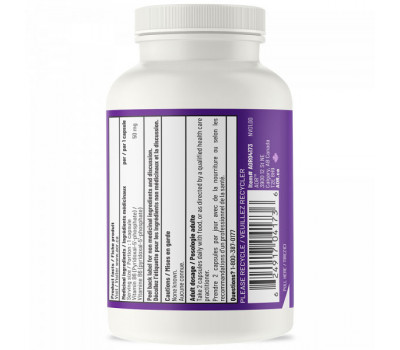 AOR P5P (Pyridoxal-5'-phosphate) is the biologically active form of vitamin B6 that is utilized by the body. Studies show that for people with compromised liver function, P5P is 3 times more likely to be absorbed than conventional B6. Inadequate levels of plasma P5P can lead to anemia, depression, dermatitis, hypertension, water retention, insomnia, premenstrual tension, irritability, muscle twitching, convulsions, and kidney stones.

Good for the Brain and Nerves
P5P is the active form of vitamin B6. It is required for the production of neurotransmitters that control depression, pain and anxiety. Studies show that P5P has beneficial effects on depression, stress, pain, and long-term memory. It also protects nerves and reduces the symptoms of carpal tunnel syndrome, and it supports the immune system.

Supports the Heart
Low P5P levels are associated with greater cardiovascular risk. P5P is needed for homocysteine metabolism, to make sure that this potentially toxic compound does not reach dangerously high levels in the blood. Studies have found that P5P can lower blood pressure.

The Best of B6
P5P is the only form of vitamin B6 that can be used in the body. While some supplements use cheaper forms of vitamin B6, P5P has been shown to be the most effective for increasing plasma levels of P5P and delivering the benefits of this vitamin.

background information
Pyridoxal-5'-phosphate (PLP or P5P) is the biologically active form of vitamin B6 that is actually utilized by the body. Vitamin B6 is most commonly known as pyridoxine, but in fact B6 is comprised of three organic forms, namely pyridoxal, pyridoxine, and pyridoxamine. The three differ from each other slightly in their respective biochemical structures, but each represents a different stage in the body's metabolism of this important vitamin. P5P represents the advanced stage of this metabolism, the stage at which B6 has been converted into a coenzyme, a catalyst for at least 113 known essential enzymatic reactions in the body. Indeed, a deficiency in vitamin B6 can lead to anemia, depression, dermatitis, hypertension, elevated levels of homocysteine and water retention, insomnia, premenstrual tension, irritability, muscle twitching, convulsions, and kidney stones.

P5P is particularly active in the metabolism of amino acids, most notably in the transamination phase, whereupon the body synthesizes all endogenous amino acids, including such particularly crucial ones as tyrosine, glutamine, cysteine and glycine. P5P is also important for the proper metabolism of essential fatty acids as well as the formation of red blood cells and neurotransmitters, making P5P a factor in optimal cognitive function as well. Notable features of the latter include the fact that P5P is required to convert tryptophan into serotonin as well as to release glucose from glycogen.

Recent research has also confirmed that levels of pyridoxal-5'-phospate in the blood are significant indicators of the immune response system. In fact, in one clinical trial conducted among critically ill patients, it was revealed that when plasma pyridoxal-5'-phophate levels were raised via supplementation, the patients' total lymphocyte, T-helper and T-suppressor cell numbers all increased, as did the percentage of lymphocyte and T-suppressor cells. Lymphocyte, T-helper (or T4 cells) and T-suppressor cells (or T8 cells) are white blood cells that play integral roles within the immune response system. High-dose vitamin B6 therapy has also been studied with regard to its effects on children and adults with autism spectrum disorder. The success of these studies has been traced to the fact that those suffering from autism have a compromised pyridoxal kinase, the enzyme that converts pyridoxal, pyridoxine, and pyridoxamine into P5P. This holds exciting promise for P5P supplementation, as the impaired enzyme would be by-passed.

Raising P5P levels through vitamin B6 supplementation has also been successfully studied for its beneficial effects on carpal tunnel syndrome (CTS), anemia, premenstrual syndrome (PMS), hyperhomocysteinemia and other conditions. Interestingly, in one long-term study, it was found that patients being given B6 to alleviate the conditions of CTS had a 73% lower risk of developing acute cardiac chest pain or myocardial infarction, compared with patients who had not taken vitamin B6. This may have been attributable to the role of B6 in converting homocysteine into glutathione as part of the methylation cycle.

While the aforementioned studies used conventional B6 supplementation (mainly pyridoxine hydrochloride), it must be remembered that only the P5P converted from the pyridoxine can be used for nitrogen and protein metabolism and heme synthesis. This underlines the potential for P5P, especially in cases where the body's ability to synthesize it from its organic B6 forms is compromised in any way. In fact, it was found that in patients with impaired liver function, only 33% responded to pyridoxine hydrochloride supplementation with an increase in plasma P5P, where as all of the patients receiving P5P supplementation experienced an increase.

recommended use
take 1 or 2 capsules a day with a meal or as directed by your qualified health care consultant.

contra-indication
At extremely high doses, vitamin B6 has been found to cause nerve damage. The Institute of Medicine has established a no adverse effects level (NOAEL) of 200 mg of Vitamin B6 per day, and a safe upper limit (UL) of 100 mg per day. Do not exceed these limits from all vitamin B6 supplements (pyridoxine and Pyridox-amine) combined. Discontinue vitamin B6 supplementation and consult a physician immediately if you experience neurological symptoms such as numbness, burning, pain, pricking, or tingling in your fingers or feet, or unusual clumsiness. Persons taking many drugs - including 5-fluorouracil, hydralazine, levodopa, nortriptyline, phenytoin, and tetracycline- should not take high dose vitamin B6 supplements
If you have a medical condition, are pregnant, lactating, or trying to conceive, are under the age of 18, or are taking medications, consult your health care practitioner before using this product.