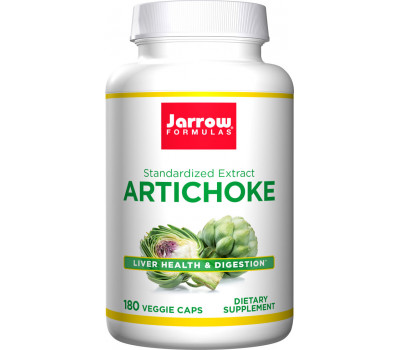 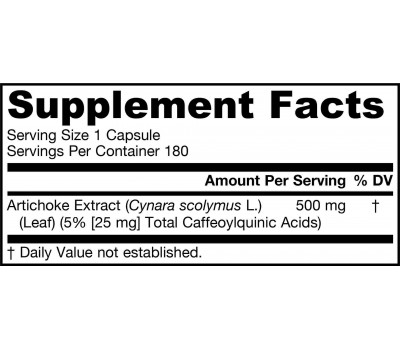 • digestion – stimulates synthesis of bile, a product of the liver that supports detoxification and the absorption of fat-soluble nutrients

Who Can Benefit From Artichoke?
Those seeking to support cholesterol and digestive health may benefit from adding a high-quality artichoke extract to their nutritional regimen.

background reading
Originating in the Mediterranean region, the artichoke (Cynara cardunculus var. scolymus ) is now cultivated around the globe. The botanical name is derived partly from the tradition of using ashes (Latin: cineris ) as fertilizer and partly from the Greek skolymos, meaning ‘‘thistle’’. The immature buds of the plant consist of the edible bracts (commonly called leaves), which compose the “heart” and surround the immature florets, commonly called the “choke.”

The globe artichoke has been highlighted in traditional-medicine philosophies as a promoter of digestion and a supporter of liver and gallbladder function. It is known to contain a wide array of bioactive components including luteolin, cynaroside (luteolin-7-O-glucoside), apigenin, inulin, and the caffeoylquinic acids such as chlorogenic acid and cynarin.
In fact, many signs point to artichoke’s health benefits resulting from the confluence of many actives rather than the effects of just one. Modern biomedical science continues to decipher artichoke wisdom in many areas of health such as liver protection, bile production and cardiovascular strength.

Bile Protection
Artichoke is commonly touted as a stimulator of bile production. And according to in vitro studies using rat liver tissue and hepatocytes, artichoke leaf extract does indeed support bile flow. In animals, artichoke leaf extract has been found to support the production of bile acids and to aid in the digestion of lipids. Bile is integral to digestion with it having been suggested that the metabolic action of bile on cholesterol metabolism may be responsible for reports of use in ameliorating occasional digestive complaints. Yet bile production occurs in the liver so it may not be a surprise that the liver is often broadly mentioned as a beneficiary of artichoke’s effects.

Liver Support
The action of artichoke on the liver begins with bile, but it does not end there. Artichoke extracts help to protect the liver from various toxic assaults such as peroxides and carbon tetrachloride. Artichoke’s liver protective properties are often attributed to the anti-oxidant activity of the caffeoylquinic acid phenolic compounds and flavonoids such as luteolin and apigenin. In vitro and in vivo studies have confirmed an antioxidant-related mechanism of protection. Artichoke extract appears to be able to support glutathione levels in the liver, when exposed to oxidative stress. Downstream, glutathione depletion often leads to the increased peroxidation of lipids, including LDL, which is damaging to health.

Artery Integrity
As mentioned above, artichoke can stimulate bile, which is critical to cholesterol metabolism and excretion. However, it appears that the benefits of artichoke extend past that of mere bile stimulator. Aside from well-known antioxidants, like chlorogenic acid (a.k.a. 3-O-caffeoylquinic acid), artichoke also contains the flavonoid luteolin. There is accumulating evidence that artichoke’s effects on cholesterol health may be due to luteolin. Nonetheless, there is solid data demonstrating chlorogenic acid’s role in lipid metabolism too.

Other research suggests that artichoke leaf extract may exhibit cardiovascular protective activities via regulation of the endothelial nitric oxide synthase (eNOS) gene. This gene is involved in the production of nitric oxide and is intimately related to the health of blood vessels and their durability.

recommended use
take 1 to 3 capsules per day with food, or as directed by your qualified health care consultant

contra-indication
If you have a medical condition (especially gall bladder or bile duct blockages), are pregnant or lactating, are under the age of 18, or are taking medications, consult your health care practitioner before using this product.