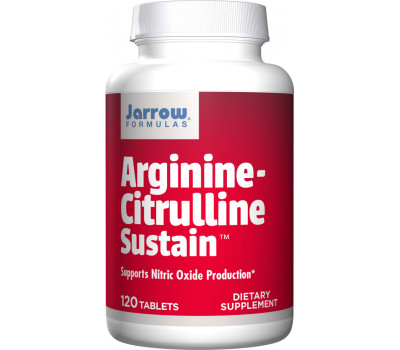 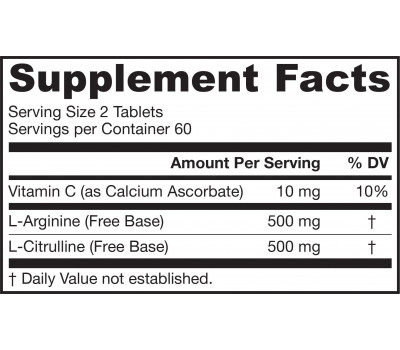 background reading
The amino acid L-arginine is required for the enzymatic synthesis of the messenger molecule nitric oxide (NO) in the body. The vascular endothelium is a single layer of cells between the blood vessel lumen and underlying vascular smooth muscle cells. NO produced by vascular endothelial cells is essential for the proper function of blood vessels and maintenance of cardiovascular health.

Oral arginine limitations
Oral L-arginine bioavailability to support endothelial NO synthesis is low due to extensive metabolism to urea by the enzyme arginase in the intestines and liver (~80%). Arginase competes with eNOS for their common substrate arginine. High levels of circulating L-arginine induce arginase activity in the liver, kidney, and vasculature, which increases arginine degradation. Even though most ingested L-arginine is metabolized in the intestines and liver, levels that reach systemic circulation are sufficient to augment vascular arginase activity to limit availability for endothelial NO production. Levels and activity of arginase are increased with aging and various conditions characterized by oxidative stress and impaired vascular function.

Dynamic duo
Recent scientific evidence has shown the combination of arginine and citrulline in a 1:1 ratio more rapidly and effectively increases blood levels of L-arginine compared to either individual amino acid ingested alone (2, 3). L-citrulline suppresses arginase activity, acting as a noncompetitive (allosteric) inhibitor, so is anticipated to spare arginine from first-pass metabolism in the intestines and liver to make oral L-arginine more available to the vascular endothelium to support NO production.
Additionally, the utilization of oral arginine for NO synthesis was higher with a sustained- compared to an immediate-release L-arginine preparation in people with endothelial dysfunction, despite similar blood levels of arginine. A slow arginine absorption rate may limit activation of the metabolic disposal of arginine to favor its use in other metabolic pathways, including eNOS-mediated NO synthesis.

Oxidative stress & Nitric Oxide bioactivity
Oxidative stress reduces NO bioactivity, so is causally linked to impaired vascular function. Tetrahydrobiopterin (BH4) is an essential eNOS cofactor required for NO synthesis. In its active, reduced form, BH4 is highly susceptible to oxidation. Diminished BH4 availability compromises eNOS function by promoting electron transfer to molecular oxygen instead of L-arginine to generate superoxide radical (O2−) instead of NO. This phenomenon is commonly referred to as “eNOS uncoupling.” Uncoupled eNOS may initiate a vicious feedforward cycle to propagate oxidative stress that further increases oxidative degradation of NO and BH4, progressive eNOS uncoupling, and impaired vascular function. BH4 deficiency plays a major role in impaired vascular function.

Vitamin C to the rescue
Antioxidant vitamin C discourages eNOS uncoupling under conditions of oxidative stress by stabilizing BH4. Supplementation with vitamin C has been shown to prevent oxidation of BH4 and thereby to facilitate eNOS-derived NO production. Evidence also suggests that vitamin C enhances eNOS activity independent of BH4 stabilization through alterations in eNOS phosphorylation that increase enzymatic activity

contra-indications
If you have a medical condition (especially hypotension or herpes), are pregnant, lactating, trying to conceive, under the age of 18, or taking medications, consult your health care practitioner before using this product.