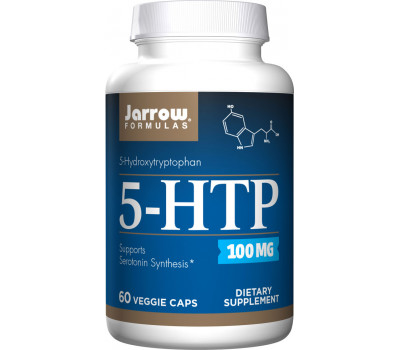 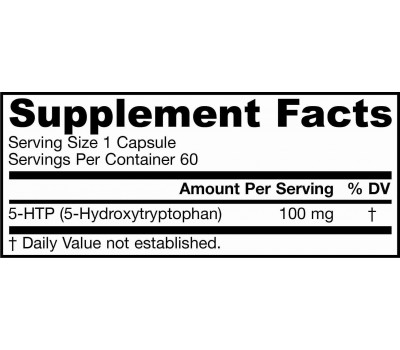 Jarrow formulas 5-HTP 100mg (5-Hydroxytryptophan) is an extract of Griffonia simplicifolia seeds from coastal WestAfrica.
5-HTP is the direct metabolic precursor of serotonin and is important for the production of melatonin.

recommended use
take 1 capsule per day on an empty stomach, or as directed by your qualified health care consultant. DO NOT exceed recommended amount

storage
store in a cool, dry place
keep away from young children